A revolution in hockey

THE SYSTEM THAT MAKES A DIFFERENCE

Find out what the owners and operators of arenas in 28 National Hockey League and 21 American Hockey League markets are raving about. The best shielding system in the world is the Crystaplex® 590 Plus Seamless Acrylic Shielding System, introduced in response to the 2011 NHL mandate to eliminate seamless tempered glass. It’s a true win-win-win scenario, with improved player safety, easier and faster facility conversions, and best sight lines ever!

For evidence of the effectiveness of the Seamless Acrylic Shielding System, see the above video, from an NHL game in February 2013, where you can hear the commentator say “You know how it feels? This is how it feels my friend.” The Rangers player immediately gets up off the ice after being absolutely crushed into the shielding.

Our Seamless Acrylic Shielding System features crystal clear, Crystaplex® 590 Plus acrylic, the thickest, strongest, most durable shielding material ever used in a hockey rink. Since the 2011-12 NHL season, now in 40+ AHL and NHL arenas, in thousands of professional games, still only a mere handful pieces have been broken.

Going into the 2015-16 season, 20 NHL arenas use our Seamless Acrylic Shielding System, and another 5 use Crystaplex® 590 Plus acrylic with shielding supports.

The edges of adjacent acrylic panels are specially cut and rounded for increased durability and resistance to breakage, and they’re retained and separated by our unique polycarbonate HDM Divider Sleeves™ which extend from the top of the dasher boards to the top of the panels.

With the introduction of our new Seamless Acrylic Shielding System, we have created a true 3-way win: for players, we provide the safest, most forgiving shielding system available today; for arena operations crews, we oﬀer lightweight, durable Crystaplex® 590 Plus acrylic for ease of conversions; and for the fans, we ensure the great sightlines of seamless shielding.

As the only dasher board manufacturer recognized as A Preferred Rink Equipment Supplier to the NHL, and as the league leader in design and innovation, our new Seamless Acrylic Shielding System is not only a ﬁrst in the arena facilities industry, but it was at the top of the list of approved acrylic shielding systems, issued in the Spring of 2011 by the league.

What is Crystaplex® 590 Plus acrylic?

Not all acrylic shielding is created equal. In some cases, what is referred to as “half-inch” thickness may in fact be as thin as .472” thick.

At Athletica Sport Systems, we take the science of sport seriously. We know that as technology has made hockey sticks lighter and slapshots faster and harder than ever, ﬂimsy shielding doesn’t cut it. That’s why we only use CrystaPlex® 590 Plus acrylic in our seamless acrylic shielding systems.

The CrystaPlex® 590 Plus acrylic is guaranteed always to be between 0.585 inches and 0.620 inches thick.

You get all the advantages of lightweight acrylic with lasting durability you need in your dasherboard shielding.

The unique H-proﬁle HDM Divider Sleeves™ ﬂex with the acrylic upon impact, allowing the acrylic to attenuate the shock where the players make impact, while restricting the acrylic from deﬂecting dangerously into the spectator seats.

HDM Divider Sleeves™ present an ice side surface that is thinner and less obtrusive than any available shielding supports, reducing the likelihood of bad puck bounces.

The Seamless Acrylic Shielding System by Athletica Sport Systems, is the only system of its kind to have been independently tested by Martin/Martin Consulting Engineers in accordance with standards for such systems established by the NHL. 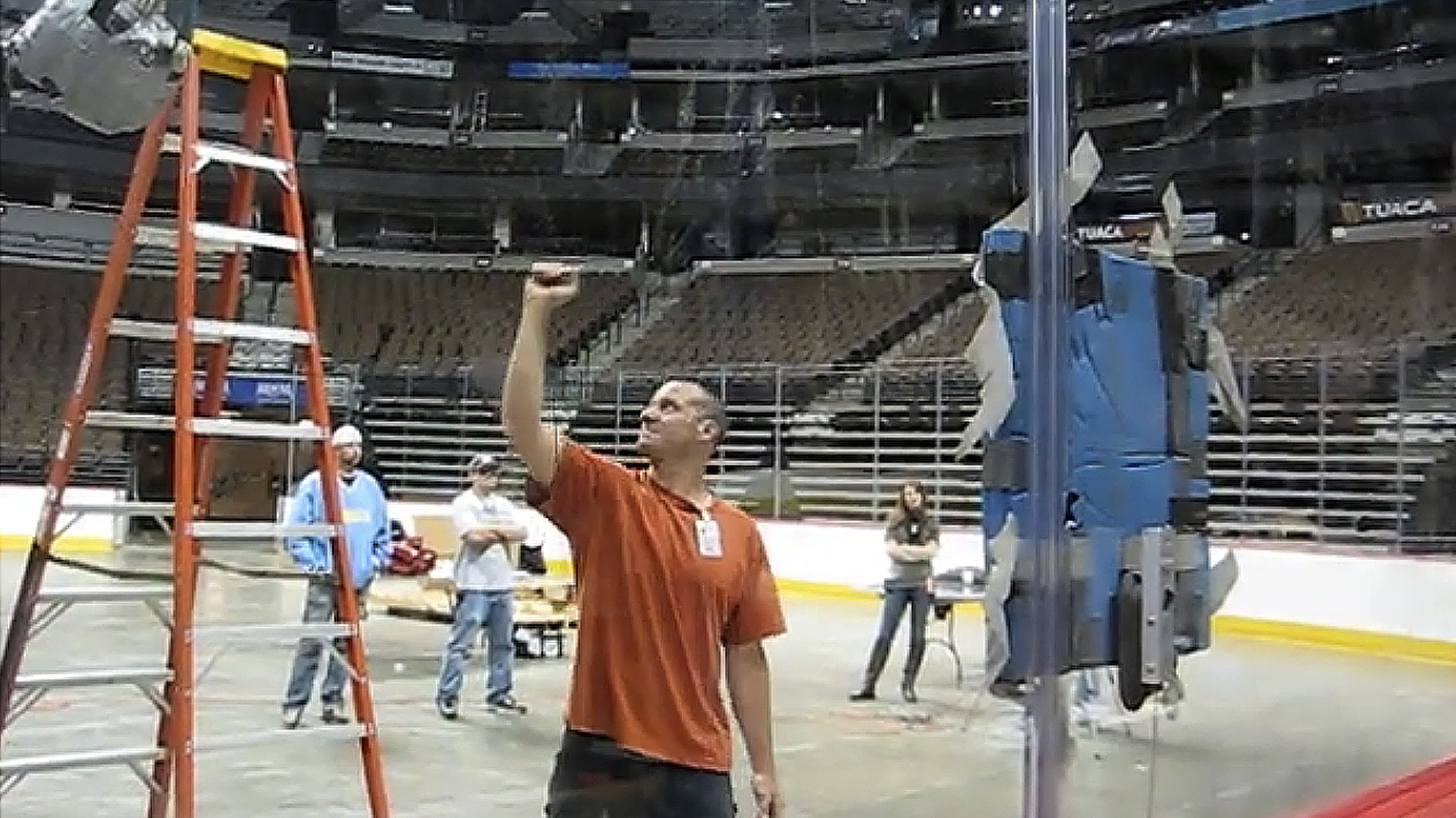 “From a player perspective, the [Athletica] seamless acrylic system tested exceeds the minimum ﬂexibility requirements deﬁned by the National Hockey League, with results indicating ﬂexibility between 33% and 61% above the current NHL benchmark.”

“…the [CrystaPlex® 590 Plus] acrylic panels used with the [Athletica] seamless acrylic system are approximately 0.1 inches thicker than other acrylic panels currently used in NHL arena hockey enclosure systems. This additional thickness, as well as the care taken in rounding the edges of the panels and sleeves, is signiﬁcant in reducing the potential for breakage.”