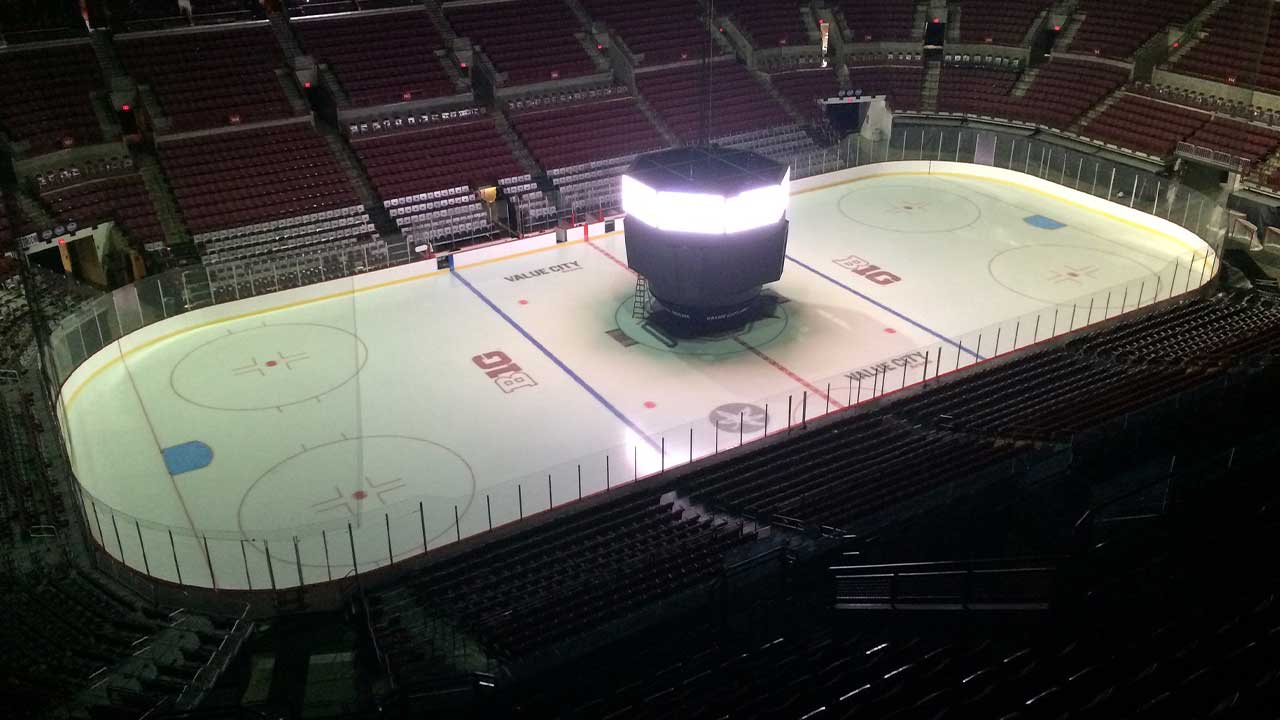 Size of Hockey Rinks: Why the US Rink Is Smaller Than the EU Rink

Due to the difference in the size of hockey rinks around the globe, an American hockey player might be surprised if they find themselves playing on an EU rink! The size of a typical hockey rink in North America is much different than the sizes found in the EU. An ice rink in Europe tends to be larger in size than North American rinks, which can throw USA hockey players for a loop.

But what’s the reason for the differences? And does it really make a difference in gameplay? Let’s find out.

The difference in size between an American rink and a European rink really comes down to their width.

In America, most hockey players in a professional sense are playing on a standard, NHL size rink. An NHL hockey rink is 200 feet long, and 85 feet wide. In comparison, a European rink is a  standard 60 meters by 30 meters, or, 197 feet by 98.5 feet. Though slightly smaller in length, European rinks are significantly wider than those being used by an NHL team.

There have been conversations and debates about this difference in sizing. Many hockey players believe there should be a more international standard size. However, as of now, these differences still remain in America and Europe.

The larger sizing on a European rink can, arguably, make these teams more prepared for international play when compared to players in the American hockey league. International rink sizes, like an Olympic rink, are 200 feet by 100 feet. This makes them much better suited to Europeans, who are used to playing on a larger rink with bigger ice. (However, this hasn’t stopped North American teams like Canada from dominating Olympic victories.)

What does a smaller rink or larger rink mean for hockey players? Are there differences in gameplay as a result? The short answer to this is yes, with it all coming down to what you can accomplish on the playing surface. In fact, the reason US rinks are smaller ultimately comes down to American play styles in hockey.

As American players are working with a rink that is short and narrow, they have much less room to skate and play. This is why an American hockey game is characterized by high-action, confrontational play. It benefits players who are highly physical, used to navigating a denser field of players.

In comparison. European hockey players are less physical, with a higher focus on strategy. These players have more time on the ice sheet with the puck, and can thus focus more on using tactical, technical plays to navigate the ice. Their skating ability and confrontational skills do not come into play as often as they do in American college hockey or those playing on NHL ice.

In fact, there’s even data to back this up! There have been studies that show that European hockey players tend to be significantly less violent in their playing style when compared to Americans. A lot of this behavior can come down to the additional space, giving players more room to breathe.

Should Sizes Be Standardized?

As you can see, the differences in sizes can lead to different styles of play when it comes to ice hockey. As a result, many ice hockey fans have argued that rink sizing should be more standardized.

But is this necessary? One could argue that making all hockey rinks the same size internationally will lead to more fair play. While this might not matter when playing within a national league, the differences become apparent during events like the Olympics. Many believe NHL rink sizing should be adopted by the International ice hockey federation, and apply to Olympic ice.

However, changes in the ice sizing will inevitably lead to differences in play. If hockey rink dimensions are made smaller, it will benefit the parts of hockey America fans favor, while changing the game for Europeans. There are many hockey fans in America who are huge fans of the fighting culture and tight, physical gameplay that happens on the ice. In comparison, European players prefer to have a bit more breathing room to make their more careful, less physical style of play.

As of now, it appears these differences are going to stay as they are. However, there is still talk that one day this change could take place.

What About Recreational Rinks?

Do these size dilemmas change if you are skating on a recreational rink? This all comes down to where and what kind of skating you are doing.

It’s not uncommon for community recreational rinks to have a smaller arena, and thus a smaller rink size. This can be a huge benefit, though, if your rink is focused on play for kids or just recreational skating. It would be kind of hard to encourage 6-year-olds to skate the length of an Olympic rink as they first learn to play, though a rink divider like the ones we provide here could help with that.

If you want to ensure you’re practicing or playing on professional rink sizes, it’s best to do your research before you skate. If you want to play hockey or figure skating, you’ll want to find a rink that’s larger in size, or at least at NHL standard. (Fun fact: Figure skating takes place on the same sized rink as Olympic rinks, at 200 x 100 feet.)

If you’re looking to play overseas, keep this size difference in mind! It can be fun to try out something new, to see if these differences make a change in how you approach the game. 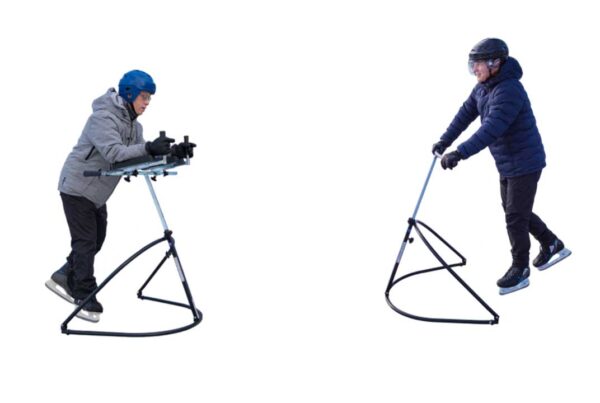 Ice Skating Trainers – Kicking Off On The Right Foot 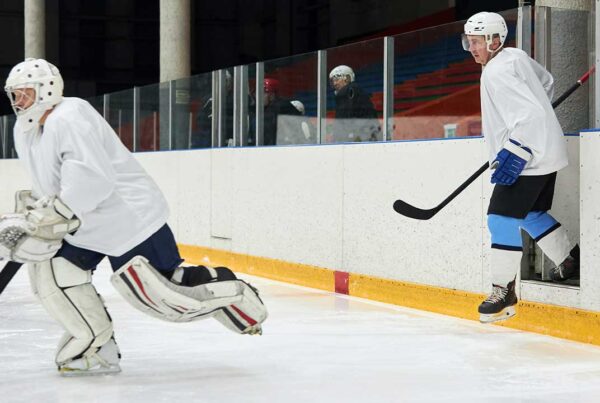