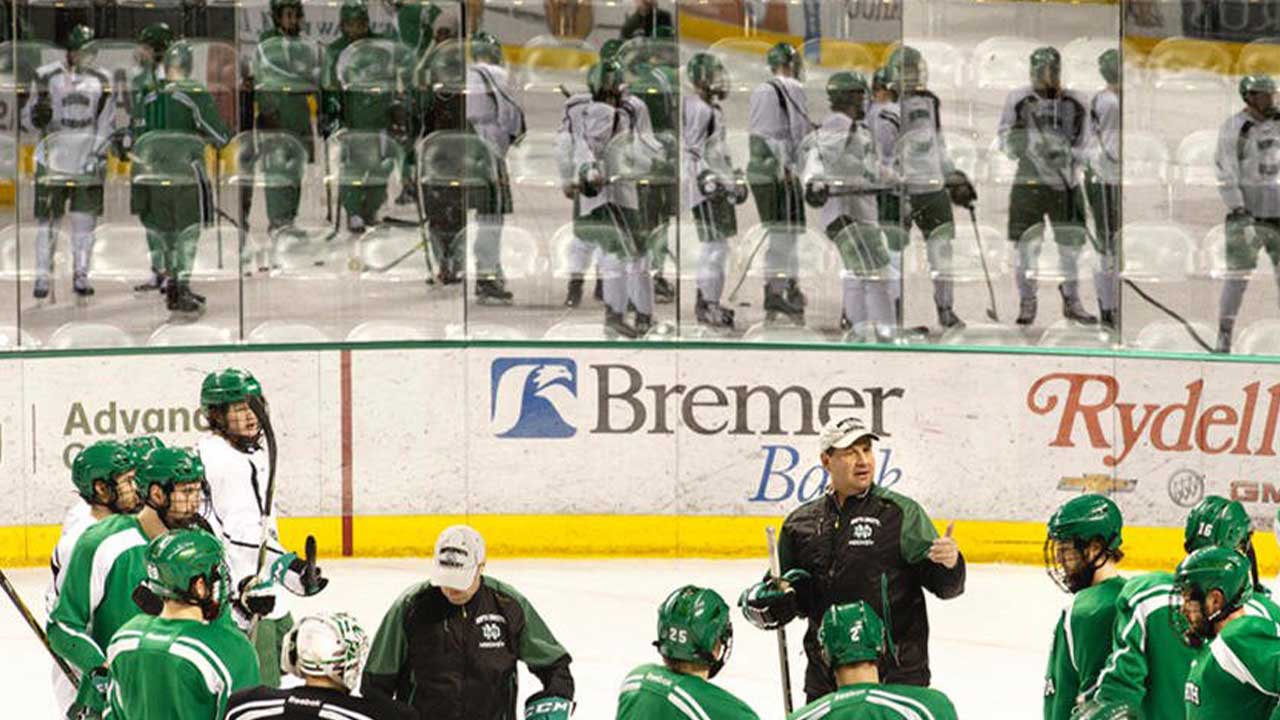 Keep Your Cool Advertising on Ice

If you go to any NHL game today, colourful ads from large corporations will bombard you from every direction. Dasher boards, on-ice advertising, and so on, can be seen from anywhere you’re seated in the arena.

In European leagues, they even have jersey advertising that fills player uniforms in graphics to the point that they look like NASCAR vehicles. Among these different advertising types, the dasher board is the most prevalent as they are close to the action.

Any company looking to improve its branding would pay to have a professional player slammed onto their logo for all in attendance to cheer on.

It’s hard to imagine that before the 1980s there was nothing but bare white dasher boards that featured only markings from the repeated abuse the boards received from hockey pucks.

NHL dasher board advertising came into being in the 1980-81 season after NHL teams were allowed to sell ad space on rink boards during the previous season. The Minnesota North Stars were the first team to feature dasher board ads.

They sold eight pairs at $3,000 a pair. Since then the franchises have sold every inch of ad space that the NHL allows to corporations and local businesses who want their products in front of all hockey fans to see.

If you’re looking to generate more revenue and sell ad placements on your hockey rink dasher boards to corporations or small businesses alike, you have to familiarize yourself with the basics. So, here are a couple of frequently asked questions:

Hockey Dasher board advertising is an excellent source of revenue. But you have to make sure they can withstand all the elements unique to an ice rink, such as constant temperature changes, exposure to moisture, ice resurfacers and the wear, and tear caused by hockey games in general.

The first consideration of Athletica dasher boards is the safety of players and spectators alike. But they also include space for impact ad panels capable of withstanding abuse from all arena’s elements.

You don’t even need to find a printing service as impact ad panels are also available with a sponsor, graphics, or message decals already applied and ready to install. The graphics are professionally printed and installed according to your specifications and are made to last and capture the attention of the audience. At the same time, they are easy to remove.

Athletica is a leader in the design, engineering, innovation, and manufacture of dasher board systems for all levels of hockey, from backyards to the pro’s. They also supply a full range of specialty products and services for sports facilities of all kinds.