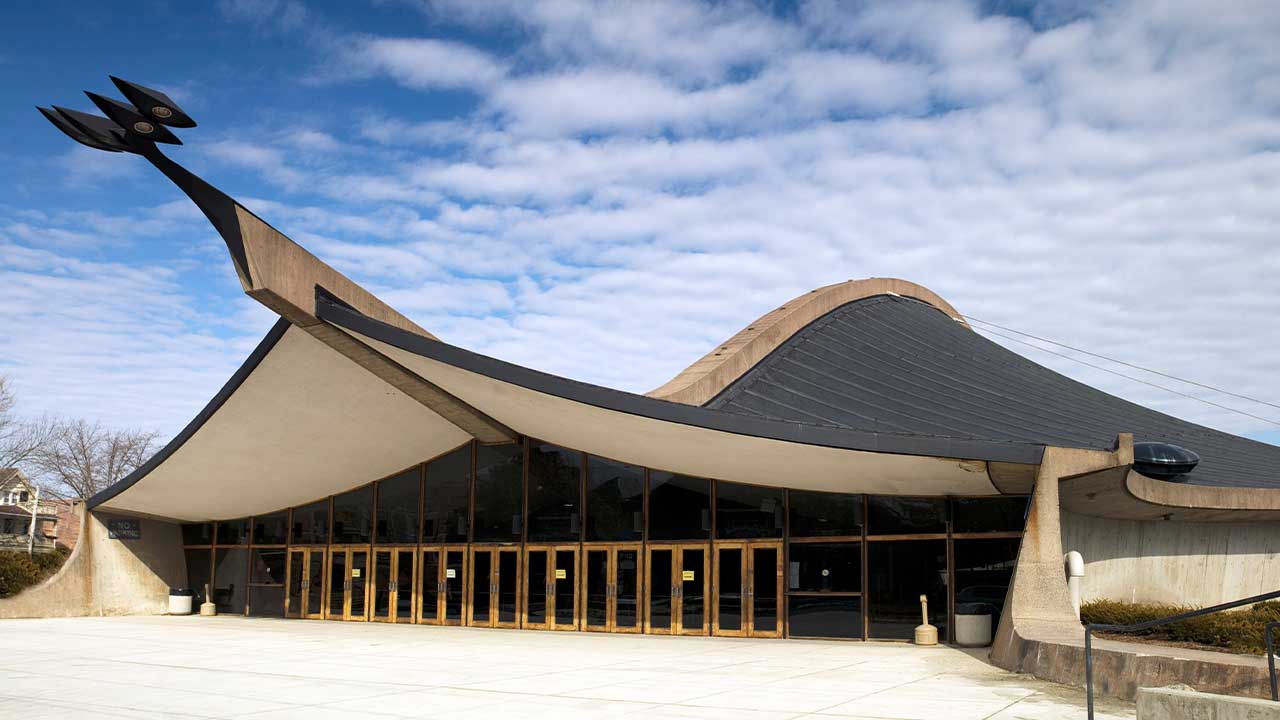 Yale’s Ingalls Rink, designed by famed architect Eero Saarinen ARC ’34 in the 1950s, remains one of the most beautiful arenas in college hockey. With a summer upgrade to the dasher boards now complete, the Yale Whale is now a little safer too.

This summer, Yale Athletics contracted Athletica Sport Systems to update the dasher boards that encircle the Bulldogs’ home ice. Athletica installed its Crystaplex 6A system, which features a soft cap rail system, impact-absorbing acrylic shielding and the company’s CheckFlex board technology, which allows boards to flex upon impact. A seemingly minor upgrade, the new dasher boards will make each contest safer for competing Elis and their opponents.

“Injury is always a factor when it comes to the physical sport we play, but we don’t hold back because of it,” women’s hockey defender Saroya Tinker ’20 said. “I think that the new boards come more as an exciting way — that we’re improving the quality of our rink — rather than minimizing our thoughts of injury during our competitions.”

Though Ingalls Rink underwent a major renovation in 2008 and 2009, the Whale’s previous dasher board system dated to 2003 and was composed of tempered glass, the same type of safety glass often used in mobile screen protectors, shower doors and car windows. According to Reid Hart, who helped coordinate the project for Yale as sales manager at Athletica, systems that near their 20th birthday often require replacement. If an arena experiences frequent usage and features high-level hockey, replacing dasher boards are often a necessary change.

Yale had initially discussed a dasher board upgrade with Athletica a couple years ago, said Hart, but talks intensified in late February of this year, as the Bulldogs’ seasons were winding down. Yale wanted to ensure that the improvement would be completed in time for the upcoming 2019–20 season.

This summer’s full installation took slightly over two weeks. Those conducting the upgrade first placed a steel ice dam retainer before mounting the dasher board framework on top. Supplementary safety features, like the acrylic shielding, were then subsequently added.

“One of the upgrades that Yale made was they went from tempered glass to acrylic shielding, which is a huge upgrade on flexibility and safety,” Hart said. “Back in 2011, the NHL mandated that there would be no more tempered glass allowed in the league, and we’ve slowly started to see the trickle-down effect to the other top-end leagues throughout North America.”

The NHL recognizes Athletica, the company Yale contracted, as its only preferred rink equipment supplier. New dasher board systems increasingly populate rinks in leagues like the American Hockey League, the ECHL, NCAA Division I, the Canadian Hockey League and other minor professional associations.

In the Big 10, for example, rinks at Michigan State, Michigan, Minnesota and other schools use Crystaplex 6A boards, said Hart. In the Elis’ conference, ECAC Hockey, at least four other schools — Colgate, Dartmouth, Harvard and RPI — boast Crystaplex 6A dasher boards.

“We are all very excited for the new boards and glass this upcoming season,” men’s hockey defenseman Billy Sweezey ’20 said. “Playing in the iconic Whale is amazing, and to be able to get new, state-of-the-art improvements is certainly cause to be looking forward to the season.”